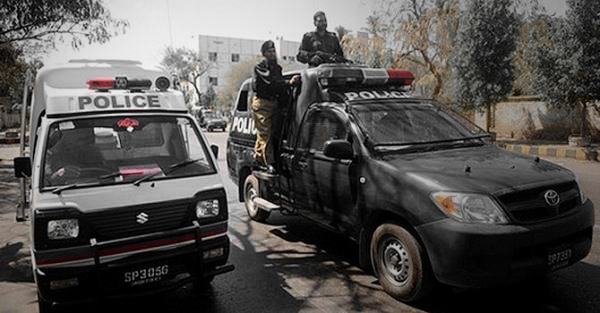 CULPRITS OF ROBBERY AND MURDER APPREHENDED

A joint team of CPLC and PIB Police Station has arrested the culprits involved in robbery and murder case.

The joint team started investigation of the case from different angles with the assistance of technical details. Due to their concerted efforts and deep ground work, team managed to find out the hideouts of the culprits. Today dated 19-11-2015, they, with the assistance of Punjab Police, conducted a raid at Tehsil: YAZMAN, District Bahawalpur and apprehended all culprits involved in robbery and murder of Miss Sadaf Imran and recovered robbed articles. All of them are now being shifted / moved to Karachi. Late Miss. Sadaf Imran (victim) was working in Production Department of SAMAA TV and news of her murder was broadcasted on various T.V Channels during last week. Pictures of Late Miss Sadaf Imran and culprits are attached.

Further investigation is under way.