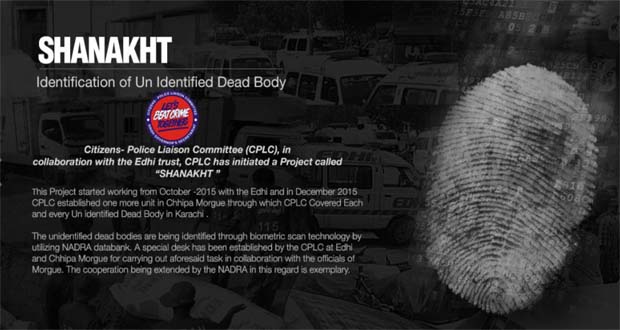 A woman’s dead body arrived at Chhipa Morgue after a road accident.

The dead Lady’s son was approached after great efforts by CPLC Shanakaht team.

The lady earlier resident of north karachi, left her home after a dispute among family members seven days back. She had an accident three days back and passed away.

Her family was trying to find out her whereabouts but couldn’t succeed. Her given address on CNIC was also incomplete.

The family was shocked to hear this news but thanked CPLC Shanakaht team along with Chhipa for handing over the dead body.