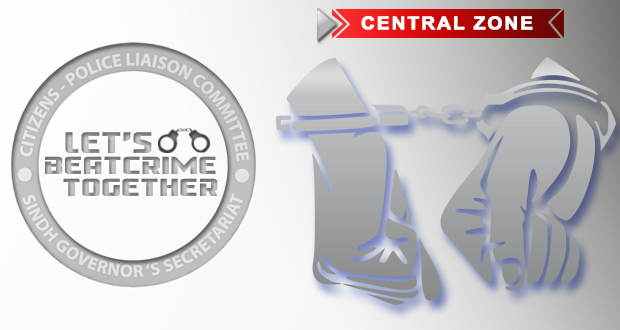 An extortion case was reported at ZRC-CENTRAL vide case # 1144/15 The extortionists were demanding Rs. 10 lac and fired Bullets on complainant house besides giving serious threats to complainant.

The uniqueness of the case was that extortionist used only snatched mobile phones and sims to call the victims, as extortionist was also a snatcher, so every time he used to call with a new Sim number and new IMEI.

The CPLC- CENTRAL team carried out multiple raids but every time reach to no end as they all were victims, their mobile were snatched in the area of Orangi town.

Yesterday through technical data CPLC Central Zone team with Police carried out 4 raids in which 7 persons arrested and one of the main extortionist was arrested. Mobile phones were recovered from which extortion calls were made. The gang has previous history of getting extortion money from other citizens of Karachi.
Initially the complainant was very scared from the extortionists since his personal and professional life was disturbed but now he is relaxed and very thankful to Almighty Allah and CPLC for their untiring efforts to beat the crime and putting the criminals behind the bar.