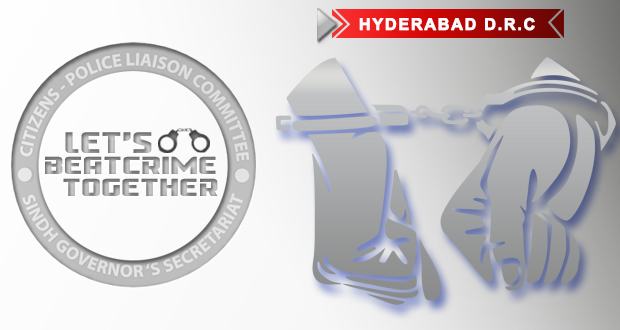 CPLC Hyderabad and Police worked jointly and arrested two notorious criminals who were involved in target killing of police personnel of Hyderabad from Eidu Goth, Pipri.

Series of raids were conducted by Police but remained unsuccessful because area was too congested and it was very difficult to track down target killers living in the vicinity.

SSP Hyderabad requested Chief CPLC Sindh for back up support to apprehend the absconders involved in heinous crimes of killing police personnel. .

Chief CPLC directed the Hyderabad CPLC team who started working on the case.
Using expertise of technical data and meticulous approach, Hyderabad Police was able to arrest the absconders wanted in serious crimes.

SSP Hyderabad and families of martyrs highly appreciated CPLC’s hard work, devotion and technical expertise which helped Police to apprehend the criminals and put them to task.

This has been a great success which would further help Police and Intelligence agencies to track down other such criminals involved in related crimes.